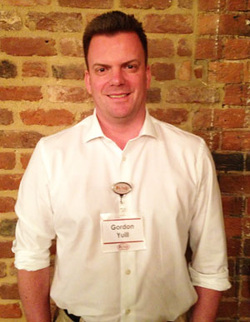 Kybele has visited Armenia in 2006, 2010, 2012 and 2013. In 2010, Dr. Ashot Amroyan  (Armenian host) and Dr. Lisa Councilman (Kybele team leader) proposed a five-year commitment to provide an annual Kybele team visit. Since then, Dr. Gordon Yuill has taken the lead, and together with our Armenian hosts, we hope to achieve the following goals:

1.  To have all maternity hospitals in Armenia practicing to at least the same minimum standard

2.  To write national protocols for obstetric anesthesiology, to get approval of protocols by the health ministry and to implement the protocols throughout Armenia by sending teams to each region to assist in implementation

Strengths of the program to date include strong local champions, Kybele team members who are making long-term commitments and a strong Kybele-Armenia relationship. Many hospitals in Yerevan have made significant progress. There is now dialogue with politicians and physician leaders to expand the capacity of the work outside the capital.

Some of the weaknesses include past practice based on dated Soviet methods, difficulty in recognizing the need for change, as well as a lack of equipment and drugs due to limited hospital budgets. Too often, there are solitary anesthetists who have very little or no support staff. Understaffing is a problem in hospitals that are often too far apart for easy referrals. Areas of current concern include fear about anesthesia among patients and clinicians. There is also the very real risk of imprisonment if a patient dies under a physician’s care. This fear impedes openness in discussions surrounding complication management and can comprise medical practice in that suboptimal practices can continue unquestioned. 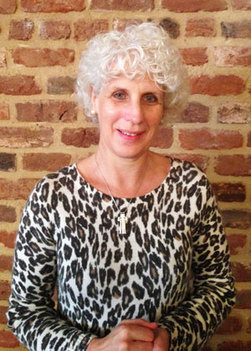 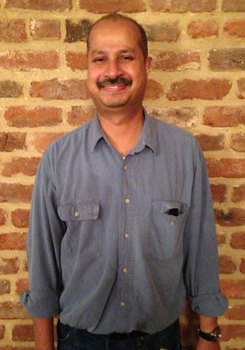 According to Dr. Rohit Ramaswamy, Kybele’s ability to “be able to engage with local leadership is absolutely crucial.” This strength, however, is also one of its weaknesses. “Because we have had such high-level leadership at Ridge, it has not been as necessary to build systematically the leadership under the head leadership,” Ramaswamy said. “[That] has allowed us to coast a bit. [But] to make our model scale-up and sustainable, how do we identify and build the capacity of other leaders and champions?”

Ramaswamy said he sees challenges in Ghana from the multitude of NGO’s working in the area. Large donors are starting to focus more on programs that are “systems-oriented” and other organizations could potentially compete with Kybele for the opportunity to work with the Ghana Health Service at Ridge.

However, Kybele also has opportunities that stem from the introduction of Kybele’s “model for excellence,” which encompasses clinical excellence, leadership excellence and operational excellence. Kybele will continue to strengthen its position by systematically training and empowering leaders to address underlying causes of maternal and newborn mortality.

Dr. Yemi Olufolabi shared his perspective on the Tamale project in Ghana. He observed that some of the previous challenges were due to the lack of physical space and that a strong local champion has yet to clearly emerge. There are opportunities to forge new relationships and develop new partnerships. An area of concern is that Tamale sometimes seems secondary to Ridge, at least in terms of how much has been invested. 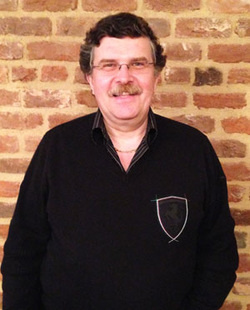 Dr. Virgil Manica provided an update on the Romania program and discussed the importance of the continued Suceava project.  There has been a significant increase in the use of spinal anesthesia for C-section in 2012 and 2013. The obstetricians and anesthesiologists continue to be strongly committed to the project, and hospital management is on board, as well. There are plans to perform a study of patient satisfaction.

The challenges relate to deep systemic or cultural problems, many of which are beyond the scope of Kybele, at least in the immediate future. There is a huge national shortage of physicians and no relief in sight. This makes it difficult if not impossible to improve the labor epidural rate. Physicians often leave Romania for better-paying jobs in the European Union, and this results in very thin staffing of anesthesia professionals. Many cover operating rooms, ICU’s and maternity floors simultaneously when they are on call. There is a cultural perception that the use of pain medication is to be used only for terminally ill cancer patients, so education of other appropriate uses will take time.

Moldova Site Visit – While in Romania in September 2013, Manica was invited to visit two sites in the nearby capital of Moldova. He visited Chisinau Maternity Institute as well as Chisinau Institute of Mother and Child. These institutes handle approximately 4,000 deliveries yearly and have a 60 percent C-section rate. Between 70 and 75 percent of cesarean deliveries involve general anesthesia — mostly due to obstetric decisions. Labor epidurals are almost nonexistent. 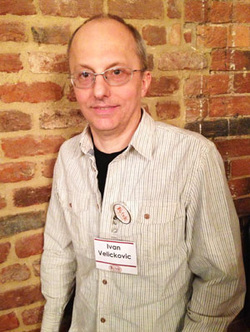 Dr. Ivan Velickovic reported that a pair of one-week trips to Serbia occurred in September 2012 and September 2013. Both trips began with a joint conference. The first was regional and featured speakers both from Serbia and Kybele; the second was international and included speakers from Mayo Clinic. Additionally, several hands-on training days were conducted by Kybele team members in the week that followed. Three or four area hospitals sent staff members for training.

Velickovic reported that all work has occurred at a women’s center called Klinicki Centrar in Novi Sad, which has approximately 6,500 deliveries yearly and a 25 percent C-section rate. The center is well staffed during the day with seven attending physicians and one resident but only staffs one attending physician and a nurse anesthetist in the evenings. Fetal heart rate monitoring is in place, and there are facilities for neonatal resuscitation in each delivery area. Renovations for a separate ICU and recovery area are underway. Velickovic said he observed that junior attending staff members are enthusiastic to learn but that older members are less convinced of the value of learning new techniques.

The 2012 accomplishments included the demonstration of multimodal analgesia with the host’s analgesics, the introduction of intrathecal (i.e., into the spinal fluid) morphine, single-shot spinal for advanced labor analgesia and the post-trip delivery of hats for neonatal head coverage.

2013 accomplishments included training individuals from several surrounding hospitals in regional anesthesia for labor and C-sections, as well as the demonstration of airway rescue devices, which were left for continued use. Plans were also made for a redistribution of anesthesia personnel and a newly introduced protocol for the safety of intrathecal morphine for post-op analgesia.

There is a tremendous opportunity to continue the development of Dr. Borislava Pujic, who is a real champion and stays in weekly contact with the Kybele team leader. Additionally, it might be possible to promote the widespread use of regional anesthesia through continued patient education in obstetric clinics. The next visit will focus on a CPR course, the use of intrathecal morphine for post C-section pain relief and the continuation of efforts to promote Novi Sad as a training facility for the rest of northern Serbia. 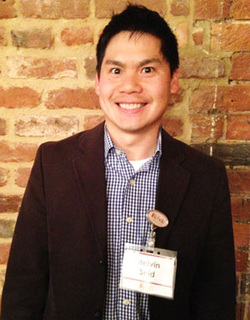 Dr. Melvin Seid reported on the Vietnam program, which is located in Can Tho, Vietnam. Can Tho is the largest city in the Mekong Delta and the fourth-largest city in Vietnam. Key accomplishments to date include instruction in neonatal resuscitation, regional anesthesia, the first transversus abdominus plane (TAP) block and the loop electrocautery excision procedure (LEEP). Additionally, OB/GYN lectures were given on pre-eclampsia, cervical cancer prevention and prenatal diagnosis.

The strengths of the program include the partnership with Dr. Rob Gertler at Group Health Seattle. Gertler facilitated the connection with Kybele to local physicians in Vietnam. Locals have a strong desire to learn and are especially interested in the most recent guidelines. Seid reported that good contacts and relationships have been made and that a strength of the Kybele program is bedside teaching.

Areas of concern include the host’s emphasis on using a lecture format rather than bedside teaching models, bureaucratic challenges and language barriers. Cultural barriers are also important and need to be managed. Especially difficult is the strong local desire to “save face” at all costs and the importance of supervisor hierarchy. As of yet, a local champion has not emerged.

There are tremendous opportunities, however, given that there is significant need for a Kybele program and that the demand for labor epidurals exists. Currently, the C-section rate is climbing because labor pain relief is unavailable and surgical delivery is more convenient for obstetricians. Potential improvements can also be made related to the use of ultrasound, pre-eclampsia and cervical cancer screenings and prevention.