An Insider’s Look: The Passion Behind Kybele 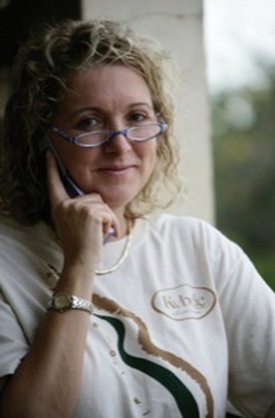 The past several decades have given rise to a shift in physicians’ thinking to a global view. Many anesthesiologists now go beyond their operating room (OR) suites to share their skills, knowledge and materials with colleagues in low-resource settings who have no such access. From small volunteer efforts to well-established international agencies and university educational partnerships, participation has become widespread.

In recognition of these efforts, the American Society of Anesthesiologists (ASA) established the Nicholas M. Greene, MD Award for Outstanding Humanitarian Contribution. This year, Medge Owen, MD, the founder of Kybele, an organization dedicated to improving global childbirth safety and neonatal outcomes, will be named as the 2015 recipient of the award, which will be presented at the ASA’s annual meeting in San Diego. Dr. Owen is director of the Office of Global Health, and professor of obstetrical and gynecological anesthesiology, Maya Angelou Center for Health Equity, at Wake Forest Baptist Health, in Winston-Salem, N.C.

We called Dr. Owen to learn more about Kybele’s challenges and methods. Kybele is well known for its clinical efforts in 11 countries, but we were interested in the all-important aspect of the program’s nuts and bolts, its infrastructure and what fuels it. A key turning point in Dr. Owen’s interest came while on a Fulbright Scholarship in Turkey, where she saw how women in labor were on the lowest tiers of hospital resources. She determined to change how women were resigned to deal with difficult births by co-creating educational programs. Within a few years, she created Kybele to help her Turkish colleagues achieve those aims.

The Long View
Early on, when faced with the vast and multiple needs that a country might present, Dr. Owen realized that—despite an inclination to undertake broad initiatives—Kybele would need to stay within its mission to be effective. By determined, intentional focus on what Kybele felt it could do well, it has grown slowly and organically.

Kybele is characterized by long-term, respectful relationships among committed practitioners drawn both to its mission as well as the opportunity to work closely with a global network of bright, creative and ardent colleagues. That intoxicating combination has resulted in a strong network of frequently returning practitioners who are committed to the “long view” and taking sustained, “deep dives” with their in-country partners.

A key feature of their success, Dr. Owen observed, has been their ability to draw broadly across North America, accessing varied skill sets, training, philosophies and organizational ideas. As global partners are trained, they too become full training participants as well. The mix invigorates the interest, efforts and energy of the many Kybele participants. It also allows participants to go beyond their accustomed milieu and regain the passion that first brought them to medicine.
Once contacted by an interested representative of a hospital, the Kybele executive team carefully assesses site potential. Dr. Owen emphasizes Kybele’s willingness “to go slow to go further and deeper” as key to its success. Care is taken to ensure that the request is within Kybele’s mission.

An initial site visit is arranged to take a careful look at whether the in-country champion is actually an activist who is well situated to engage the efforts that will be needed (both within the institution and with health ministries, academic institutions and professional organizations) and is capable of the follow-through that will be required. A larger team follows and does a broader field review, which includes talking to participants from multiple disciplines to continue the assessment process.

This process alone might take a number of years. Kybele has scrubbed programs when the many aspects that are needed for success are not realized. They have even been able to recommence programs when circumstances on the ground have changed. It is a flexibility that relays the seriousness of purpose and commitment to high standards for which Kybele has become known.

The processes of developing partnerships and building trust are akin to an intricate courtship ritual. It is an intensive effort that allows them to learn the landscape of need: who else might be working on similar projects, where competing interests might lie, weeding out those interested only in collecting equipment and other potential obstacles.

Since a feature of the Kybele mission is to create programs that can be replicated, it is essential to find appropriate “advocate-practitioners” throughout the host country with whom to partner. These people are then mentored until they become full partners in the process.

Dr. Owen stressed how important it has been to work with a trusted, valued group of forthright advisors who together consider such issues as future organizational directions, rate of their growth, building of safety nets, the course of a project and assuring evaluation of outcomes. Kybele believes it’s “OK not to know all the answers.” Dr. Owen has found that the shape of a project emerges as they engage deeply with their partners and co-create the realm of their partnership. Their guiding principle has been to focus on core value and purpose. Dr. Owen noted that it has been, and continues to be, an enriching and humanizing journey, “not fully knowing where that journey is headed. The learning has been the journey itself.”