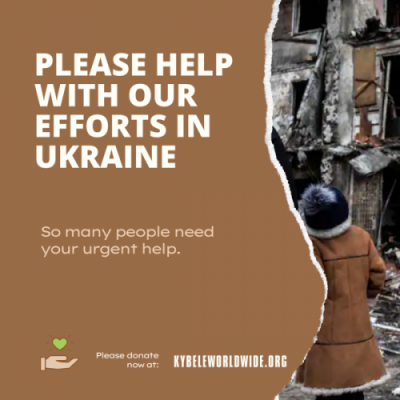 KYBELE UKRAINE RESPONSE NOTES The following information is based on notes from Dr. Oleg Turkot to inform members of the Kybele team and donors to the Ukraine Crisis Response.  These notes are not intended for formal publication and are presented in a “blog-style” format for information purposes only. A photo and video chronology of Kybele’s […]

Reflecting on the State of Global Anesthesia – Guest Column Kybele Founder and Director, Dr. Medge Owen, was interviewed by Justin Harvey on the Anesthesia Success podcast. Dr. Owen shares poignant stories of Kybele’s formation and early history as well as how the organization has grown and expanded in its work to work with local champions to make the world safer for mothers and babies.

With great enthusiasm, a Kybele team visited Macedonia the final week of October to explore potential new partnerships. Thanks to guidance from our host Dr. Atanas Sivevsi, chief Obstetric Anesthesiologist in the country, four hospitals were prioritized for site visits. The team successfully visited facilities in Kumanovo, Bitola, Štip and Skopje and assessed labor analgesia, […]

Students Return to Ghana with The Bridge Project

Kybele Launches Ukraine Project Site By Elizabeth Colburn, Kybele Administrative Assistant Kybele has officially expanded its focus into Ukraine and launched a project site in the country! In April 2019, a Kybele team spent two weeks in Ukraine and accomplished an incredible amount of work while forging strong partnerships with providers throughout the country. During […]

World-Renowned Musicians Benefit Kybele with Concert By Sebnem Ucer, Kybele Accounts Manager On May 17, world-renowned musicians came together to put on a Benefit Concert in Winston-Salem, N.C., to raise awareness and funds for Kybele. The event was initiated by Dr. Nate Tighe—an educator, trumpeter, vocalist, arranger, composer and pediatric cardiac anesthesiology fellow at Boston […]