Kybele is a global leader in 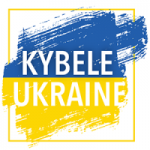 Kybele is a global leader in health-system strengthening that is internationally recognized for improving the quality and safety of healthcare during childbirth in low- and middle-income countries. Kybele teams consist of medical experts in anesthesiology, obstetrics, and neonatology along with implementation scientists. We establish partnerships with health ministries and local leaders to develop innovative, cost-effective solutions to healthcare problems. Our rigorous approach has been chronicled in over 25 peer-reviewed publications. Since its formation in 2001, Kybele has successfully implemented multifaceted programs with sustained impact in 13 countries in Africa and eastern Europe with over $4 million of support from governments, institutions, and foundations.

Kybele is all
about making
partnerships

Find out how you can partner with us

Learn about our accomplishments to date and the participants who have contributed to our success.

Find out about Kybele’s active programs around the globe.

In developing regions of the world, a woman’s chance of death during pregnancy or childbirth is an
appalling 1 in 41. Worldwide, over 300,000 women die of pregnancy and childbirth complications each year.

kybele is fighting this devastating reality